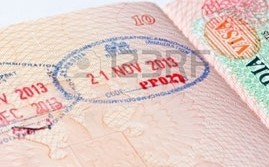 Aiming to boost tourism numbers in its own country, Thailand has approved a multiple-entry Visa that will allow tourists to leave and re-enter the country several times during a six month period, the Bangkok Post reported last week.

However, tourism officials in Cambodia have also welcomed the move they say will have spillover effects for the Kingdom.

“It will benefit Cambodia tourism as well because of our connection in the field of tourism” he said.

Unlike the “Two Kingdoms, One Destination” single visa announced in June, Chantha said that the new multiple-entry Thai visa would not give reciprocal visa access to Cambodia.

Ang Kim Eang, president of the Cambodian Association of Travel Agents, said any boost to Thai tourism was a good thing for Cambodia’s industry.

“A country like Cambodia will benefit because [tourists] will come to visit Cambodia after visiting Thailand” he said.

“People who provide direct and indirect services in Cambodia will receive more income through tourists paying for food, services, and accommodations.”

“To have more Western tourists visit Cambodia is our priority” he said.

Vandy said the private sector was still hopeful that the government would consider discounting the visa fee for Cambodia.